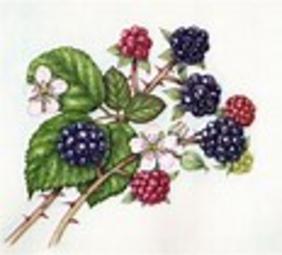 Rubus is a large and diverse genus of flowering plants in the rose family, Rosaceae, with 250 or thereabouts species of deciduous, evergreen and semi-evergreen shrubs, scramblers, climbers and trailers found in a diverse variety of habitats worldwide, from woodland and scrub to coastal dunes and uplands. Most produce edible fruits, although some are rather tasteless.

Raspberries, blackberries, and dewberries are common, widely distributed members of this genus.  Raspberries have been commercially cultivated in England since the 16th century and its cousin the western N. American dewberry was cultivated in the early part of the 19th century.  Many hybrids were cultivated using the dewberry, notably the loganberry which is a dewberry-raspberry cross.  Blackberries remained a wild-collected food until well into the 20th century and they are still one of the only cane fruits to be successfully grown in our hot Texas climate.  I’m sure there isn’t one of us here today, that hasn’t been tasked as children to go raspberry or blackberry picking in field margins and wood edges around our homes coming home with half the harvest and many scratched hands arms and legs, to prove the adventure.

How far back in human history do raspberries and blackberries actually go?  We know from the fossil record that these caning fruits have been a part of the human diet since earliest of times.  Archaeological evidence shows that Paleolithic cave dwellers ate raspberries.  The delectable fruit has been a part of the human diet ever since, though the canes were not cultivated until about the 4th century A.D., as documented by Palladius. In the Hellenistic period raspberries were associated with fertility.  In the Greek stories, the berries were once white but when Zeus' nursemaid, Ida, pricked her finger on a thorn it stained the berries red and they have remained so ever since. The scientific name for red raspberries, Rubus idaeus, means literally “bramble bush of Ida”, named both for the nursemaid and the mountain where they grew on the island of Crete.

The popularity of the raspberry in food and medical uses continued well into the middle ages when its juice was also used as a red stain in art work. The 13th century English king, Edward I, is credited with encouraging the cultivation of raspberries throughout England.

European settlers brought raspberry canes with them to America and continued their cultivation as well as crossing them with the native black raspberries. By 1771, the first cultivated stock was being sold in Virginia by William Price.

George Washington is known to have cultivated raspberries at Mount Vernon and by the time of the Civil War there were at least 40 known varieties in cultivation.

Raspberries are grown commercially in most U.S. States, but the state of Washington leads the way with 70 million tons per year in production. The raspberry is also an important crop in Oregon, California and much of the Midwest.

Raspberries will actually grow as far north as the Arctic circle and can be grown even in tropical regions, though they prefer a cooler climate.

Raspberries have long been used in herbal remedies. The leaves, blossoms, and fruit have medicinal value as cancer fighting agents as well as treating heart disease. Resveratrol a polyphenol compound found in raspberries, blackberries and in red wine, has antioxidant properties and is currently being investigated for possible anti cancer properties. It is thought also, that it slows down the aging process.

Blackberries because they were so readily available in the wild have not been cultivated until modern times.  But, medicinally they has been used to treat bowel problems and fever for more than 2,000 years. The berry was not often used in medicinal applications but the root, bark and leaves were. They were boiled in water and given as medicine for whooping cough. Externally, blackberry leaves have been used to treat eczema and other rashes, acne, oily skin, injuries, hemorrhoids, fungal infections, insect bites and stings.

Native tribes throughout north America used the dewberry (R. ursinus) to cure diarrhea and dysentery. The dried berries were used not just for food & medicine but also to dye animal skins.  In 1820 the American blackberry (R. villosus) entered the U.S. pharmacopeia as an astringent tonic.

When researching this subject, I got in touch with David Rodriguez Bexar County Horticultural Agent who told me that although in our particular area of s.central Texas, it is difficult to grow some of the cane fruits like raspberries and certainly currants, but some very interesting research has been going on in Fredericksberg where they have been experimenting with red shade cloth and it has proved very successful in improving the variety of raspberries we will be able to grow.  So, being gardeners we never say never and I say, try some and see if it works in your . 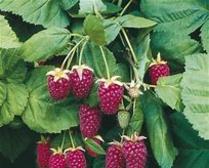 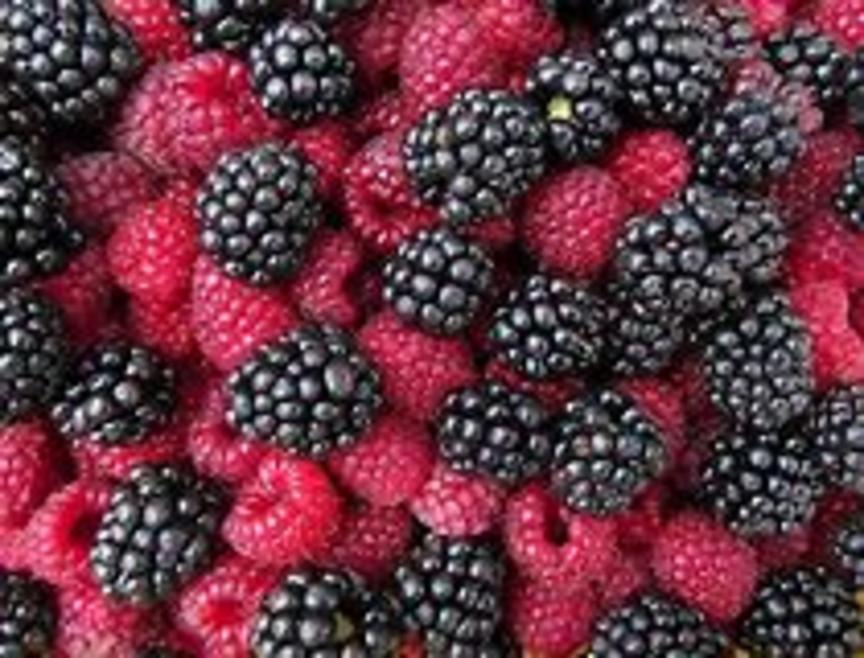 ​Herb of the Year Criteria​

The  International Herb Association established National Herb Week in 1991 and every year since 1995 they have chosen an Herb Of The Year.  The Herb Of The Year must fulfill its mandate by being useful in 2 out of  3 categories:  Medicinal, Culinary or Decorative.

The original use of herbs was for medicine.  In ancient Egypt, China, Greece and Assyria the treatment of diseases was performed by the use of herbs and spices either ingested or used as a poultice, salve, balm or the ancient word 'nard.'   Arcane herbal knowledge has come down to us through the generations and today we look to the past finding out  how our ancestors  used herbs on a daily basis to keep their households healthy and happy.  Here in San Antonio we are part of an ancient native American culture that used herbs for healing and in food preparation daily. There is no substitute for clipping a handful of  fresh herbs from your garden  or a pot on your kitchen window adding flavor and freshness to your dinner table and in so doing improving our health and linking us to centuries of herbal knowledge.

What Is An Herb?  According to the Merriam Webster Dictionary, an herb is defined as a "(1) seed plant that lacks woody tissue and dies to the ground at the end of a growing season.  (2) A plant or plant part valued for medicinal or savory qualities."  The value of the plant can be in its leaves, stems, seeds or root.  They are valued and harvested for their flavor, healthful qualities, fragrance or dye.  Examples such as mint, oregano, cilantro and basil are harvested for their leaves which we primarily use in our kitchens.  Spices are the woody parts or seeds of herbaceous plants. Examples are caraway, fennel, sesame, black pepper and cinnamon. 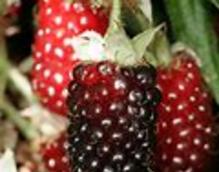 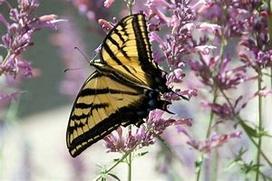 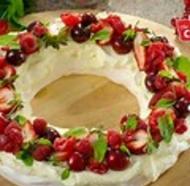 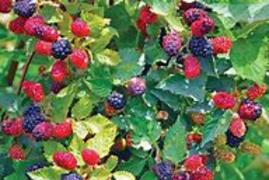 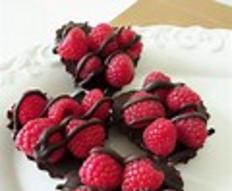 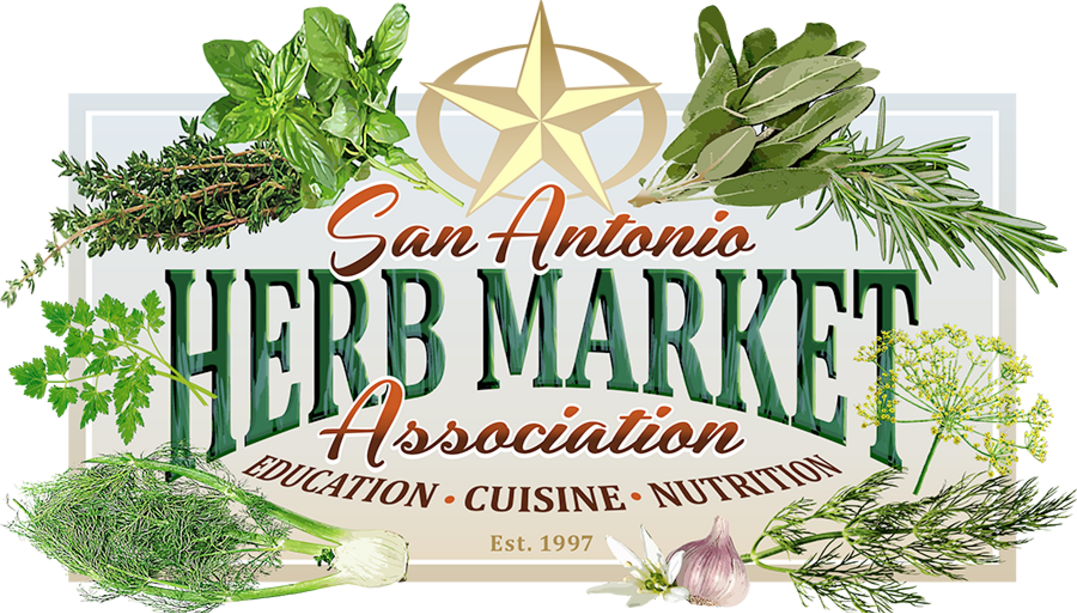